I was using one of those services that analyzes your followers on Twitter. As it was parsing the activity of the 458 names of people who follow me (and are thus nominally interested in what I have to say), I read the instructions that suggested that I look closely at the bottom of the list. If I found Twitter accounts that hadn't posted anything, or hadn't posted since the day they signed up, and that did not have many followers, these could be trouble: automated spam bots.

I looked at my list, and lo and behold, there were dozens of accounts that hadn't posted anything, or hadn't posted since the day they signed up, and who didn't have many followers. 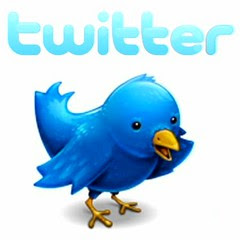 Funny thing, though. They weren't spam bots. They were storytellers. (I recognized their names from conferences, festivals, the Storytell list, and Facebook.)

I get it. The value of Twitter is not immediately obvious, especially to a pre-mobile phone and pre-digital generation. So this post is a call to reluctant storytellers to try out Twitter again, with baby steps.

Storytelling magazine has been running a primer on how to use Twitter, provided by Slash Coleman. He's got a version of it on his blog, here.

And even if Slash's crash course on @ and # still doesn't make much sense, I'm going to suggest that you try out Twitter again just one day a week. It can be any day, but, if you can manage it, try it on Saturday.

UPDATE: to save room (Twitter has a 140 character limit), #storytellerSaturday has been deprecated in favor of #storySat

(#storySat is an obvious analogy to other Twitter traditions, including #followfriday and #teacherTuesday)

There is an active hashtag #storytelling-- unfortunately, there's a lot of noise, as competing interest groups use it, mostly corporate/business storytelling types, but also brand marketers, and those who want to talk about transmedia stories, journalism, and screenwriting-- and not just in English. I've seen the hashtag used in French, Spanish, and Portuguese tweets. And what's with all the tweets in Dutch? Isn't there a word for storytelling in the Dutch language?

So dip your foot into the Twitter waters. Saturday. Go to Twitter.com. You don't have to have an account. If you have account, log in.
In either case, use the search box (or from search.twitter.com) and enter: #StorySat
and see what and who comes up.

Want to join in the conversation? Feel free to reply to any of the tweets (if you've got an account).
Follow the people you find there. Or, post your own 140 character message (you'll need to add the phrase #storySat to your post, so you really only will have 120 characters to get your message across).

You may want to check in several times during the day. There are only a handful of people using the hashtag right now, so it won't be a fast, dynamic scroll of information.

You could also check in on Sunday, and get a complete list of tagged tweets posted the day before.