Storytelling Behind the Scenes, or, Making the Sausage

A recent item in the newspaper announced an open house for a local award-winning theatre company, in which the public could drop in not only on the first reading of the company's next show, but the first rehearsal. Rough and Tumble's founding artistic director Cliff Mayotte said “making theatre is a social act and should not be created behind closed doors. If we can watch someone building a house or paving a street, they should be able to watch us making plays.”

This is actually nothing new. A quick Google search reveals various theatre, ballet, and opera companies occasionally opening their doors to the public to show off the "behind the scenes" work that goes into productions.

Such work helps to deepen the relationship with the audience beyond the one night they set foot in the building to see a production.

In the same vein, several storytellers are ignoring the old adage, variously attributed to Otto von Bismarck and Mark Twain, that "Laws are like sausages. You should never watch them being made," and opening up their development process to the public, at least via the Web.

(I'm fairly certain they aren't inviting the public over to watch rehearsals.)

Storyteller Rachel Hedman (who also blogs regularly at Voice: A Storyteller's Lifestyle) has set up a production blog for her upcoming storytelling production. Titled Family Famine: Hunger for Love, Rachel lets her readers in on everything from story research to marketing choices, collaborators to middle-of-the-night worry sessions. She's also had a countdown timer running on the blog since she started posting there in August of 2008. (Now that she's entering the final 30 days before the premiere, I expect she'll be posting blog entries a little less often!)

My first reaction to Rachel's production blog was of skepticism-- projecting my own tendencies to procrastinate led me to believe that blog like this could be an exercise in distraction, a way to spend time on the internet instead of working on the stories.

Well, after being a faithful reader of the blog for many months now, I can see the benefits. Not only does a production blog keep external pressure on a self-producing, solo performing artist to keep working (because the producing work now has an audience), but also, as a reader: I'm hooked. I, as a potential audience member, am connecting with the artist and at this point have an emotional investment in her success. I'm rooting for Rachel to succeed. All the backstory to this production is building a dramatic arc that will resolve itself at the Covey Center for the Arts in Provo, Utah, on February 9, 2009, when Rachel takes the stage.

(And if my travel budget would allow it, I'd be there. Alas, I'll have to content myself with the DVD.) Tickets for the premiere and pre-orders for the DVD available at Family Famine: Hunger for Love.

Diane Wolkstein is known as the "Official Storyteller of New York" for her decades of work in that city's parks. Strangely enough, I was eight thousand miles away in Chennai, India, when I learned about Diane's latest production-in-progress, a telling of the epic of the Monkey King, made famous in the 16th century Chinese novel, Journey to the West. Dianne is collaborating with Bharatanatyam dancer (and Chennai resident) Anita Ratnam on this production, as well as with Taoist master Sat Hon. (When I got back home, my Facebook network alerted me to the new Web site she'd set up to document her journey with this story.) You can check out the latest news, backstory, and schedule for Monkey: Journey to the West on the site. The blog there isn't up and running regularly yet-- but, for those of you nosy web junkies like me, you can find extra video footage of Diane's travels and rehearsal process that hasn't made it to the "official" site at her Youtube channel.

Sean Buvala: My 2008 or What a Storyteller Does All Day Long 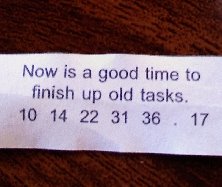 Storyteller Sean Buvala recently ended a year-long experiment in blogging not the artistic process but the business process of storytelling --in photos. Aspiring storytellers with the ambition to perform often choose to underestimate or flat out ignore the hard realities of running and promoting a small business. Sean's photoblog is a necessary reminder of not only the unglamorous minutiae required to support a storytelling career, but also of how intertwined personal and professional life can be, especially if you are self-employed.
(Sean-- now that it's 2009, don't delete the site! Rare historical documentation ! http://2008pics.blogspot.com/

Hope Baugh: Of the People: Stories and Images of Abraham Lincoln.

And finally, blogger Hope Baugh occasionally takes time out from her theatre reviews to let us in on her storytelling life. She's working on a 90-minute storytelling piece on Abraham Lincoln to help celebrate the 200th anniversary of his birth. Peek in at Indy Theatre Habit: http://www.indytheatrehabit.com/category/lincoln-project/
Posted by Tim at Thursday, January 08, 2009

I always thought, "Time to make the donuts" when I wrote those.